Urban mobility has been a concern of professional planners and city officials since the end of World War II and the proliferation of the automobile in our society. In fact, the history of transportation policies indicates that massive roadway construction as a means of reducing urban congestion had the opposite effect. In fact, Federal subsidies originally designed to reduce congestion inadvertently led to the private automobile becoming the dominant form of urban transportation, thus creating our Auto-Nation. During the 1950s and 1960s the automobile easily became the most dominate form of urban mobility as public transit faced near extinction.

In the late 19th and early 20th centuries, public transportation was the new innovative technology in urban mobility. Starting with the horse-drawn carriage and eventually progressing to the electric streetcar and the combustion engine propelled bus, urbanites embraced the new form of transportation. However, the development of mass-produced parts allowed the automobile to become affordable to most city dwellers. Within a few short decades, public transit faced extinction. Several conspiracy theories abound claiming General Motors, the oil and rubber industries, among others, colluded to promote the car as the new and preferred form of urban mobility in the years following World War II. Whether it was conspiracy or choice, Americans began a relationship with the car that was unprecedented.

In the 1960s, the Federal government established a program of subsidizing public transit to cover the shortages created by declining ridership. However, the government also subsidized the fanatical increase in automobile use through President Dwight D. Eisenhower’s Interstate Highway Act (1956). Influenced by the efficient movement of the German army during World War I, this legislation was designed to create a network of roadways/highways that would improve the mobility of military troops throughout the country. However, legislators also saw an opportunity to improve local mobility using federal dollars. By 2006, the Interstate Highway System had become the largest highway network and public works project in the world measuring 46,876 miles. LTL 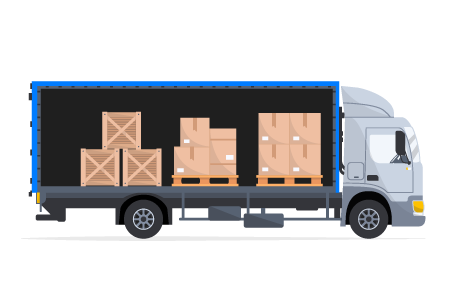 Urban planners introduced the New Urbanist movement in the 1980s as a strategy to spatially reconfigure the city to minimize the necessity for the automobile. Some of the defining features of the New Urbanism design include mixed land uses, wider sidewalks, and transit oriented housing developments (TOD). Unfortunately, American society has defined the “American Dream” as the suburban household away from the racial and economic strife found in most inner cities. Even though New Urbanist designs have made some inroads into the urban environment, new, and cheaper, suburban housing continues to appear in the ex-urban regions across the country.

There is little question that the American love affair with the automobile was influenced by governmental support of highways coupled with cheap gasoline. By the 1960s, the automobile became the primary conveyance in this country’s urban transportation network at the expense of public transit and ultimately the environment. Even though the oil crises of the 1970s exposed the depth of American dependence on foreign oil, there seemed to be a reluctance to drastically alter the way we move around the city. Only now are urban planners considering new urban designs as more fuel efficient technologies become available to the public. If it was Federal subsidies that initially led to the dominance of the car in the post WWII years, maybe the policies of the government can now led our society into a new era; an era of urban planning that may eventually become known as the “Post Auto-Nation” years, where SUV behemoths are found only in museums.